Busting 8 Common Myths about Fertility and the Menstrual Cycle

Myths surrounding fertility and the menstrual cycle date back to the very beginnings of human civilization. Around the globe, these age-old beliefs have been passed down from generation to generation, which is why many misconceptions still persist to this day! If you’re currently experiencing difficulty conceiving, you’ve likely heard some of these old wives’ tales mixed in with some not so helpful advice from well-intentioned family members or friends. So let’s put a stop to it and bust 8 of the most common fertility myths, with the help of the latest and greatest in reproductive health research.

Most ancient societies believed the power of creation to lie with goddesses. Over time, people thought of reproduction as a woman’s responsibility, and any problems in that area are the fault of (you guessed it) women. But let’s not forget that it takes two to tango (or in this case, to make a baby). And according to the American College of Obstetricians and Gynecologists, as many as 40-50% of infertility cases are due to male factors. Furthermore, up to 30% of the time, doctors aren’t able to find the cause. Fertility struggles are hard enough without playing the blame game, so let’s leave this myth in the past where it belongs.

As it turns out, women aren’t the only ones with a reproductive clock. While it still may be possible for a man to get a partner pregnant well into his senior years, research shows that male fertility does indeed decline with age. A 2015 review of 90 studies including around 94,000 male patients published in Ageing Research Reviews journal discovered that semen quality decreases as age increases. Studies have found that when the father is over 40, there’s a greater risk for pregnancy loss and health conditions in the child including rare birth defects, autism, schizophrenia, and cancer because of random genetic mutations in sperm that are more common in older men.

Fertility myth #3: You can’t get pregnant when you have your period.

Contrary to popular belief, it’s actually possible to get pregnant at any point in your menstrual cycle – including when you’re on your period. The length of your cycle and day of ovulation can vary month to month, so if you’re someone with a shorter menstrual cycle, say between 21 to 24 days, and you happen to ovulate early on, you can still conceive from period sex. This is because spem can live in the female body for up to five days. So there may still be some swimmers hanging around when your ovaries release an egg soon after having sex on your period.

Fertility myth #4: Ovulation happens on day 14 of your menstrual cycle.

For several decades, it’s been widely accepted that the average menstrual cycle lasts 28 days and ovulation occurs on day 14. But cycle length and day of ovulation can vary person to person as well as month to month. And a 2020 study published in the Journal of Medical Internet Research using data from 1.5 million users of a period tracking app found that only about 16% of users had a median cycle length of 28 days. So, what’s been considered “average” for so long may not be so average after all. To figure out when you’re most fertile in the month, try tracking your cycle with an app, taking your basal body temperature daily, and/or doing ovulation tests.

Fertility myth #5: Fertility is all about genetics.

It’s a common myth that if your mom had an easy fertility and pregnancy journey, you will too. But while genes definitely have an important influence on fertility, there are other factors at play too. A 2019 study published in the Journal of Translational Medicine notes that around 50% of infertility cases are due to genetic disorders, which leaves the other half to other causes. Lower egg and sperm quality, limited ovarian reserve, or blocked tubes can happen to anyone, irrespective of family genetics. And let’s not forget about the influence of lifestyle on fertility: smoking, weight, high alcohol consumption, and poor diet can all make it more difficult to get pregnant.

The pill has gotten a bad rap over the last several years, and one common misconception is that it can reduce your chances of pregnancy once you’re ready to conceive. Thankfully, this isn’t true. Birth control doesn’t harm fertility. A 2018 review of 22 studies including almost 15,000 women published in the journal of Contraception and Reproductive Medicine found that 83% got pregnant within 12 months of stopping birth control, and there was no negative impact based on how long contraception was used. Emergency contraception methods such as the Morning-After Pill also do not affect your fertility. It may take a few months for your cycle to return to how it was before you started using birth control, which can make it harder to predict the timing of ovulation, but it’s totally possible to get preggers pretty much immediately after stopping birth control. The one exception here is with hormonal injections, which can delay the return of fertility for up to one year.

Fertility myth #7: If you had an easy first pregnancy, it’ll be the same the second time around.

We’re sad to say that this one isn’t true. Some couples may have a super easy time getting pregnant with the first child, but when they want to grow their family, they run into difficulty. Around 10% of people experience secondary infertility, which is trouble conceiving after having one successful pregnancy. This can stem from many things: changes in age, weight, medications, or lifestyle, or damage to reproductive system from the first pregnancy. Whether you’re struggling to conceive your first or second child, it’s recommended to seek help from a fertility specialist after 12 months if you’re under 35, and after six months if you’re over 35.

Fertility myth #8: Certain sex positions and having an orgasm boost the chances of conceiving.

You may have heard that you’re more likely to get pregnant if you have an orgasm, or that there are some sex positions that make it easier to conceive. But scientists have not found this to be the case. After ejaculation, around 300 million sperm get released and start swimming towards the egg. Only about 200 of them make it all the way there, and can do so within about 15 to 45 minutes following ejaculation. Whether or not you orgasm and the position you do it in don’t have an influence on this process. The same is true for your position after you have sex – it’s a common myth that lying down and raising your legs can make it easier for sperm to make their way to an egg, but overall, science doesn’t support this.

So there you have it, some of the most common myths about fertility debunked using science. To feel empowered and make the best choices about your reproductive health, it’s important to be equipped with accurate information. We’re constantly churning out new medically-reviewed articles about pregancy topics; take a look at the LEVY blog for more to start decoding your fertility.

If you’ve been trying to get pregnant for several months without success, how about testing your fertility with LEVY Health? In just a few weeks, you’ll figure out why you’re not getting pregnant and get an individualized therapy plan to help you fulfill your dream of having a family. Learn more about what to expect or start your diagnostics now!

Periods and fertility in the menstrual cycle. NHS. Accessed 07 March 2022.

Fertility Myths vs Facts: The Truth About Getting Pregnant. What to Expect. Accessed 07 March 2022.

Can I get pregnant just after my period has finished? NHS. Accessed 07 March 2022.

Behjati-Ardakani Z et al.: An Evaluation of the Historical Importance of Fertility and Its Reflection in Ancient Mythology. J Reprod Infertil. 2016;17(1):2-9.

Infertility Workup for the Women’s Health Specialist. The American College of Obstetricians and Gynecologists. Accessed 09 March 2022.

Dr. Sherman J Silber. How to Get Pregnant. 2017. https://www.infertile.com/infertility-101/female-infertility/get-pregnant/get-pregnant-ch-1-natural-pregnancy/ 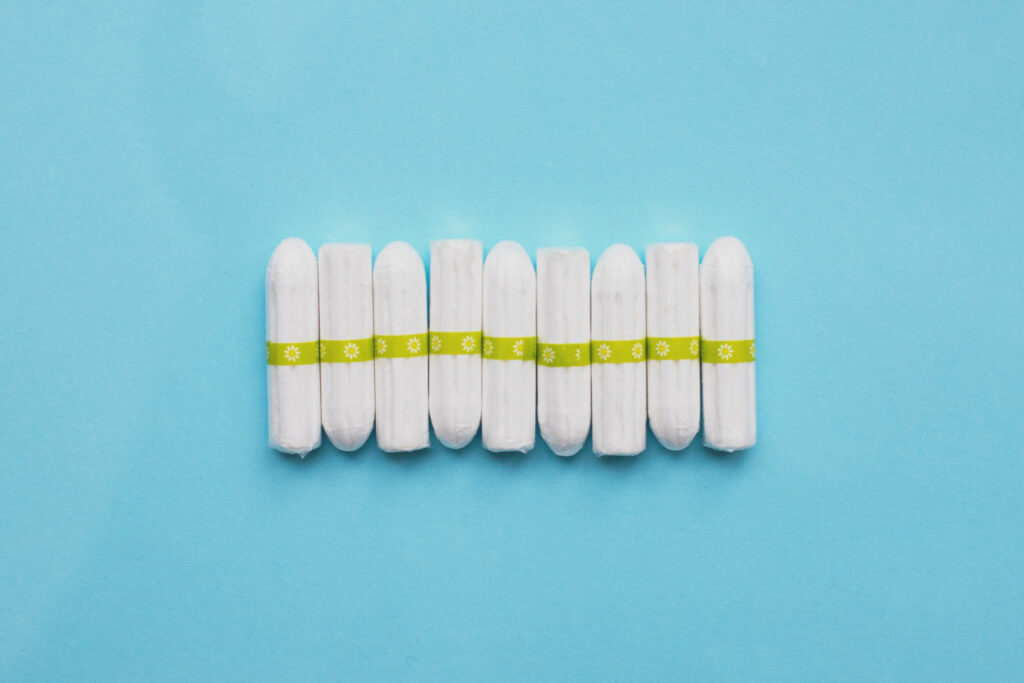 Forms of amenorrhea and fertility

Not getting your period is a condition called amenorrhea. It’s important for fertility because not having a menstrual cycle with monthly ovulation and bleeding means you can’t get pregnant. In this factsheet, you’ll learn about the different causes of amenorrhea and which treatments can help your periods get back to normal. 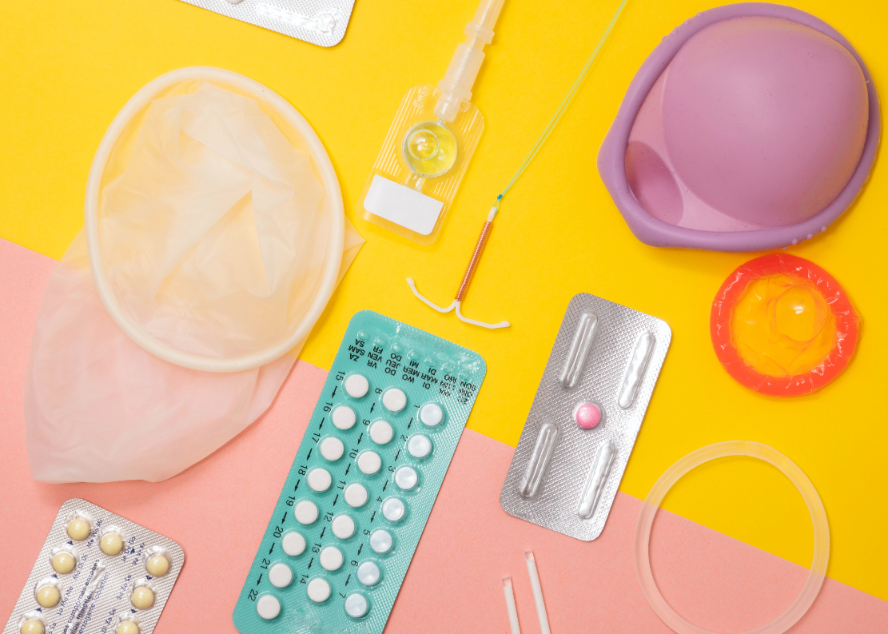 Your Complete Guide to Birth Control Options and Fertility

If you’ve been using birth control for a while, you may be wondering how it can impact your fertility now that you want to get pregnant. Or if you’re not looking to conceive yet, perhaps you’re searching for the contraception method that would work best for you and want to know how it can impact your fertility later on. In this guide, we give you the full breakdown of all of your contraceptive options, including potential side effects and how it affects your monthly period, and the truth on your ability to get pregnant once you stop.

What to expect when testing your fertility with LEVY

If you’ve been trying to conceive for a while, it’s totally normal to feel frustrated. Why hasn’t it happened for you yet, when it seemed so easy for your friends or family members to get pregnant? Introducing LEVY: the first-ever digital platform for holistic fertility medicine. We created LEVY to give you the concrete answers you’re looking for about why you’re not getting (or staying) pregnant and an action plan to improve your chances of having a baby.

Yes, I would like to subscribe to the LEILA waiting list. I agree to receive information tailored to me and information about the LEILA Fertility Code at the email address I have provided.